Dear Customer, We are happy to resume our product deliveries. Do not worry be at home and we will deliver your product at your place. All the instructions and precautions have been followed and proper care has been taken. Be Home & Be Safe. 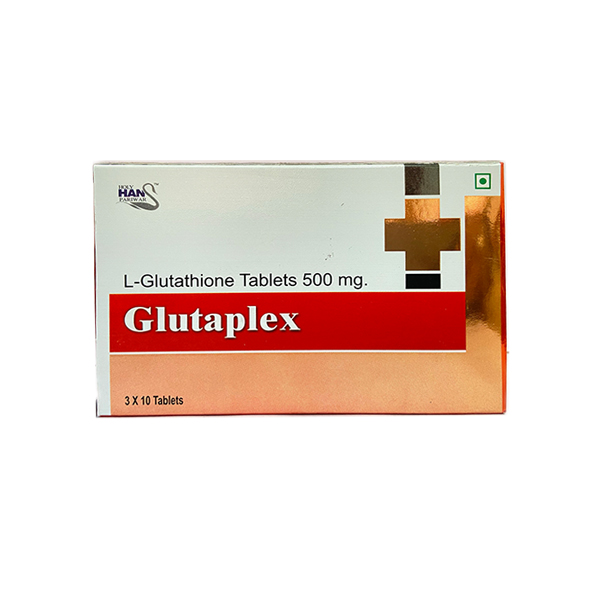 Glutathione (GSH) is the body's master antioxidant. It is capable of preventing cell damage caused by reactive oxygen species such as free radicals, peroxides, lipid peroxides, and heavy metals. It is a tripeptide synthesized in the body from the amino acids L-cysteine, L-glutamic acid, and glycine; The sulfhydryl group (SH) of cysteine serves as a proton donor and is responsible for its biological activity. However, Cysteine is relatively rare in foods. Hence supplements with Glutathione are needed.

• Thus, every system in the body can be affected by glutathione especially the immune system, the nervous system, the gastrointestinal system, and the lungs.

• It has a vital function in iron metabolism.

• When Glutathione levels are high, the workload put on the liver is reduced and it has a chance to repair itself. This helps reduce liver inflammation which is the cause of liver cirrhosis and impaired liver function.

• It is one of the few antioxidants capable of passing through the blood-brain barrier to detoxify and repair the brain.

• Heavy metals pose a particularly high threat to our cognitive health and function. Accumulating in the brain over years of exposure and causing severe damage to the surrounding brain cells. This can lead to the progression of cognitive disorders such as dementia & Alzheimer's disease.

• Supplements with glutathione can help detoxify the brain and ensure heavy metal deposits never get a chance to damage the brain severely. This can help ward off the root cause of many cognitive disorders and even improve cognitive function and memory throughout the aging process.

• As a premier anti-aging antioxidant, glutathione is widely used to help fight the signs of aging. It helps in the reduction of wrinkles and dry spots. It is also commonly used orally or in I.V injection as a skin whitener, because of its ability to reduce melanin production.

AT HALF THE RATES OF ALL THE BRANDS IN THE MARKET !!.